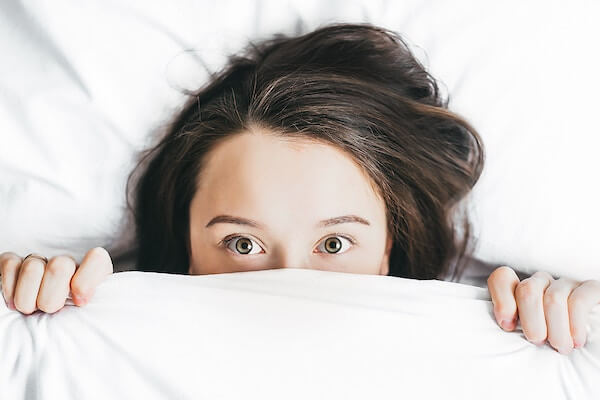 Photo by Alexandra Gorn on Unsplash

Winter is the time of the year where I see a lot of people and patients around me complaining about having a cold or feeling run down with low energy. It happens year after year.

But what can be done to get over a cold quickly?

In two words … slow down.

Winter time, according to Chinese medicine principles, should be dedicated to resting and preserving energy and the best thing we can do is simply take it easy. Now, it might almost be impossible to work less but certainly we can adjust our personal schedules so that we don’t have as many commitments outside of work and get more time for ourselves.

But if we still get a cold, what can we do to get over it quickly?

Sadly, there is no miracle cure for a common cold. And there is no medication that can fight off the virus that’s comfortably made its way into our system.

The secret to get over a cold is that there is no secret, just a bit of common sense.

But I do have a few priceless suggestions for you that will definitely help if you follow them.

When you’re sick, your body is busy fighting off an infection. It needs an environment with a controlled and constant temperature so it can do its job. Refrain from doing any exercise. Stay home from work or school, rest and put your daily routine on hold for a few days or until you feel better.

Relaxing on the couch helps, but don’t stay up late watching TV. Getting less sleep makes your immune system weak, making it harder to fight germs. Go to bed early, not later than 22h and take naps during the day. If your symptoms are keeping you up at night, try using another pillow to raise your head. It can ease sinus pressure and help you breathe easier.

Getting plenty of fluids thins your mucus and breaks up congestion. It also prevents from getting headaches that dehydration causes. Keep a glass or a bottle of water always at hand. Avoid soft drinks, coffee, and alcohol, which can dehydrate you.

If your throat is sore, use water with salt. Stir half a teaspoon of salt into a cup of warm water until it’s dissolved, and gargle a 3-4 times a day. It eases swelling and pain, and loosens mucus.

Honey has antibacterial properties and can give some relief to your throat and soothe a cough. In one study, children who ate half a tablespoon of honey before bedtime slept better and coughed less than those who got a placebo medicine. Add it into a cup or hot water or lemon water.

Breathing in steam may moisten a scratchy throat, as well as loosen your congestion. Even though the research on this remedy is mixed, there’s no harm in trying it. The heat can also help relax any aching muscles.

Traditionally in China and in the West mothers would prepare chicken soup for their sick children. Can this remedy really make you feel better? According to one study, chicken soup can calm inflammation in your body. This may also ease some of your other symptoms, such as aches and stuffiness. What’s more, this meal also has liquid and calories to give your body energy. And won’t unnecessarily put your digestive system under strain if you are suffering from low appetite.

Oranges, mandarins, kiwis and persimmons, what do they all have in common? A part from being winter fruits, they also are high on vitamin C. And that is exactly what you need to eat to prevent getting a cold. Research has shown that vitamin C can shorten the duration of your cold.

Have some Chinese herbal medicine

Chinese herbal medicine has been used for centuries and has strong therapeutic effects. Ginger and mint are two Chinese herbs that are commonly used for cooking but also to fight off common colds.

But do you know how to use them correctly?

Mint has antioxidant and anti-inflammatory effects and can be effective to soothe a sore throats and break up phlegm and mucous. You can simply drink it by steeping it in boiling water for 5 minutes. Repeat 3 times a day.

Ginger, on the other hand, has antimicrobial effects and is used to combat flu symptoms like mucous and muscular aches but without a sore throat and fever. If you take ginger with a sore throat or a fever, it may worsen those symptom. The best way to prepare ginger is by cutting a few pieces of fresh ginger and boiling it in 2 cups water for a few minutes. As soon as the water turns yellow, stop the cooking. Drink it by adding a bit of honey if the flavour is too strong and pungent. You can repeat the procedure one more time with the same ginger but boil it for a bit longer until the water turns yellow again. Repeat 2 times a day.

Get acupuncture and Guasha

Last but not least acupuncture will help you get over your cold quicker. Acupuncturist find it unfortunate when their patients cancel their appointments because they are sick. According to the World Health Organisation (WHO), acupuncture cannot only treat a wide range of conditions but can also help treat respiratory illnesses like common cold and flu.

Traditionally in China mothers would massage the back of their children with a rounded ceramic tool when they were sick to help them recover from a cold. This is called Guasha therapy and it helps activate your immune system to fight off any respiratory symptoms.

There is no miracle cure to get over a common cold or flu. The secret is to just slow down and give your body a chance to recover naturally.

6 Tips to Finding a Good Acupuncturist